BE SEEN. BE HEARD. BE ORIGINAL.

Giving a platform to Canadian artists and music creators and their original music.

The Shot has brought together some of the most talented undiscovered musical talent from across Canada to be introduced to the music industry.

The Shot has discovered and supported artists that have gone on to gain more than 800,000 streams on Spotify, performances at Boots and Hearts, NXNE, Ottawa Bluesfest, opening act slots for Jim Cuddy, Tyler Shaw, Buffy Saint-Marie, and Our Lady Peace, and radio and television appearances including season 2 of CTV’s The Launch.

In its brand new web series format, The Shot is allowing independent singer-songwriters to experience what it would be like to audition for a record label. Over the course of several months, artists will workshop, collaborate on and perform an original song. The process culminating with a final showcase where the winner will receive the opportunity to be signed a major management deal and the chance to perform on a premiere stage at Canadian Music Week.

APPLY FOR NEXT SEASON

CONGRATULATIONS TO THIS SEASON’S WINNER 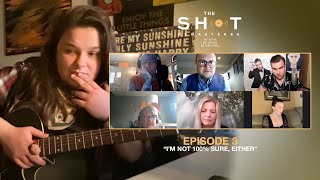 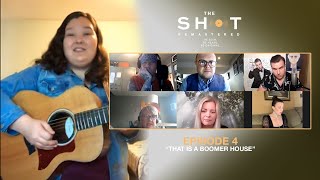 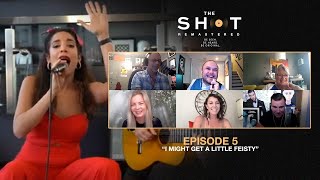 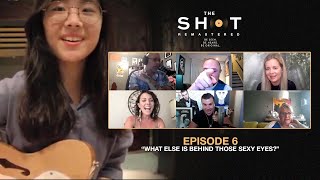 All Is Revealed! New Season, New Format for ‘The Shot: Remastered’

Exciting news from the producers of The Shot: Remastered today about the new format for the upcoming 2021 season that will showcase the talents and original music of twenty Canadian singer-songwriters. Until today, the brains behind Canada’s preeminent artist development competition have…

In a call with The Shot: Remastered producers, executive producer and head judge C.J. Allen teased significant changes to the show for its upcoming 2021 season. Canada’s predominant singer-songwriter competition took a huge leap in 2020 by turning away from the traditional…

Kingston native and soulful jazz singer-songwriter Michelle Kasaboski became the winner of The Shot: Remastered this past Sunday, November 22 — besting Alberta’s Logan Klaus who came in second in the audience vote that gave Michelle the win. Having received the…

In a major twist and shake-up today, The Shot: Remastered executive producer C.J. Allen announced the return of Canadian Music Week CEO Danya Dixon to the judging panel for the remainder of the inaugural season of the show’s new format. Dixon…